The Nitty-Gritty: Theme Improvements and Bootstrap in Liferay 6.2

LDAP with AD in Liferay 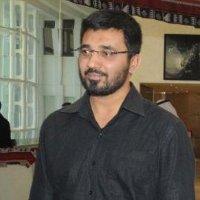