The Future is Bright for JSF 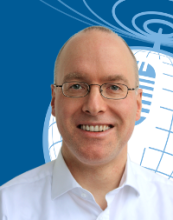 Nerd On The Street: Q&A with James Falkner